The “Tri-Cities” area has experienced significant economic and population growth over the last 25 years. A significant and growing employment center in its own right, the area is also within commuting distance of employment centers in the Grand Rapids, Muskegon and Holland areas. The City of Ferrysburg is situated in an attractive setting, with an abundance of land fronting on water, and in the midst of the towering wooded dunes of the Lake Michigan shoreline. The City’s waterfront lands serve a variety of uses – from manufacturing and marine shipping terminals, to waterfront condominiums and public parks. The natural resources of the area, in combination with the many educational, employment and cultural opportunities in the West Michigan region, make the City of Ferrysburg an attractive residential community, as witnessed by the recent growth in the City’s housing stock.

As of the 2000 census, the City’s total population count is 3,040 persons. The City of Ferrysburg, as did Ottawa County as a whole, grew in population between 1990 and 2000. This population growth is due to a variety of factors, including economic and employment growth, availability of vacant residential land in the City, high-quality schools and relatively low housing costs. Another reason, perhaps most important, is the abundance of water-based recreation opportunities and the beautiful natural setting provided by Spring Lake, the Grand River and Lake Michigan. While growing at a slower rate than the surrounding townships and the County, the City of Ferrysburg was the only municipality in this region to grow at a modest 4.1%. Other communities such as the Village of Spring Lake and the City of Grand Haven suffered slight declines from 1990-2000. A complete breakdown of census data and physical characteristics can be found in the appendix section of this document. 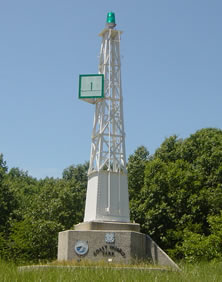